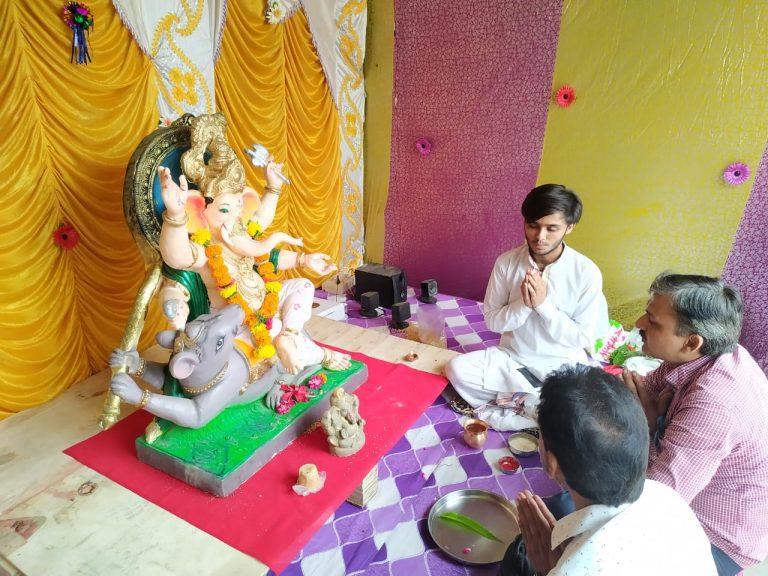 Lord Ganesha’s whole form is celebrated by the Hindu culture. His head is said to symbolize the pure Atma or the holy, guileless soul, which is the supreme reality of human existence. His body like a human being signifies Maya or the earthly existence of human beings. Ganesha’s head in the shape of an elephant’s head denotes wisdom, and prudence and His elephantine trunk represents Om, the sacred sound symbol of cosmic reality. Lord Ganesha holds a goad in His upper right hand, which is supposed to aid Him in propelling mankind onto the eternal path, and also in removing obstacles from our way. The noose in His left hand is an implement to capture and get rid of all the difficulties – hence the Vighnaharta.

Ganesha’s broken tusk held by Him like a pen in his lower right hand is a symbol of sacrifice. It is known that Lord Ganesha broke His own tusk to write the Mahabharata. He holds a rosary, which suggests His and others’ endless pursuit of knowledge. The laddoo (sweet) He holds in His trunk indicates that one must discover the sweetness of the Soul. His fan-like ears convey that He is all ears to the petitions of His devotees. The snake that runs around the waist of Ganesha represents energy in all forms. And, He is humble enough to ride a mouse.