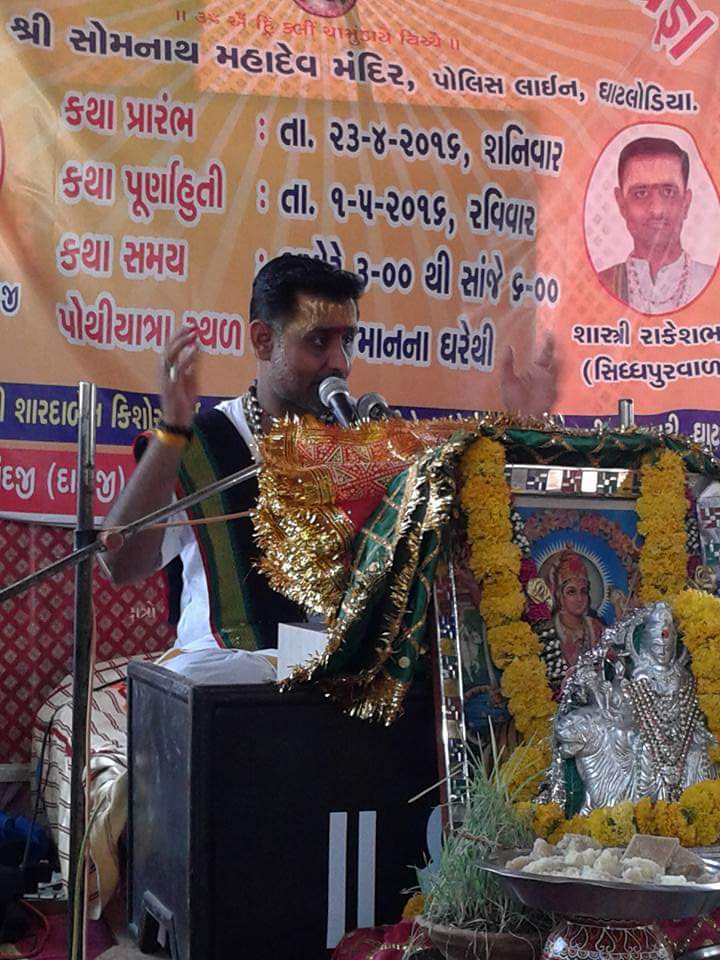 Shrimad Devibhagwat Mahapurana narrates the story of the progenitor of the three worlds, Ma Paramba Bhagwati. In the scripture, Ved Vyas Maharshi throws light on numerous Jagdamba Paramba Leela and tales. Amongst the 18 Puranas, Shrimad Devibhagwat Mahapurana has been given an important place and is the 5th Purana in which ‘Parambrahm Parmatama’ has been described in ‘Matr Roop’. The scripture also praises Parambrahm in the form of Ma Bhagwati Aadhyashakti.

There are about 18 thousand verses in Shrimad Devibhagwat Mahapurana. And Maharshi Ved Vyas has divided them into 318 chapters that are categorized into 12 wings.

According to Shrimad Devibhagwat Mahapurana, once in the Naimisharanya pilgrimage, the Shaunkaidi sages asked Sutji Maharaja to narrate a story of attaining the pleasure of heaven and salvation. With utter happiness, Sutji began to narrate the story by first revering the name of supreme Vishwajanani Mahamaya Ma Paraiba. As per Sutji, in ancient times, Sage Parashar and Satyawati received baby blessings in the form of Vyas, who is responsible for segregating the Vedas and narrating them to his disciples. In order to bring prosperity to earth, Maharshi Ved Vyas composed the 18 Puranas and the epic of Mahabharata and I was the first person who got an opportunity to read this work of art, said Suji. Amongst these 18 Puranas, Shrimad Devibhagwat Mahapurana is believed to have secrets of gaining monetary benefits as well as salvation. Maharshi Ved Vyas himself narrated this composition to Janamejaya.

In ancient times, the father of Janmajaya, Parikshit was bitten by a serpent named Takshak. In order to help his father attain salvation, King Janmajaya worshipped Ma Paramba by following all the rituals and rites. He invited Ved Vyas for the elocution of Shrimad Devibhagwat Mahapurana which took 9 days to complete. Therefore, on the 10th day of this event, King Parikshit transformed into a divine being and obtained a heavenly abode from Ma Paraiba. King Janamejaya was quite elated to see his father in this divine form.

It is reckoned in the house where the Shrimad Devibhagwat Mahapurana recital takes place, they turn into a pilgrimage and each member of the family is cleansed from the sin.