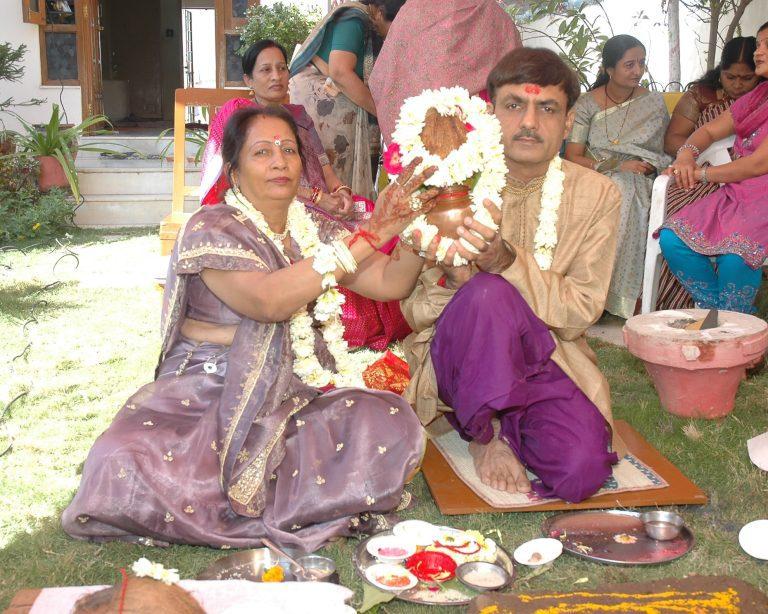 Ghat spthapana is first step of Navratri puja. The inauguration of Navratri is represented by this ghat sthapana which is also known as Kalash sthapana.

While doing ghat sthapana goddess shakti is being prayed and ghat is placed at the right time i.e. “shubh muhurat”. In this ritual, time is considered very important else it is considered an omen.
One should never do ghat sthapana in Amavasya or night time. The vase which is used in ghat sthapana is believed to bea the form of Lord Ganesha. Hindus always start their every puja and other ritual by worshipping lord Ganesha first. Similarly, before starting Navratri puja god Ganesha is worshipped in the form of a vase.

It is assumed that the ghat contains Amrit, the elixir of life, and therefore it is considered a symbol of wealth, wisdom, and immortality. Goddess Durga is invited to stay in the ghat for nine days, thus the ghat represents goddess Durga. This process is known as Avana. It means to stay in the Kalash.